How Fear Can Make It Hard
To Quit Drinking

(Photo by Brett Jordan on Unsplash)

That was completely unexpected.

I didn’t see that coming at all.

I was finally making progress.

I had just finished my fourth meeting with my Life Coach.

I started to believe it was possible.

I was beginning to see a way out.

I searched for the answer for almost 30 years, and this looked and felt like I finally found it.

Suddenly, a wave of fear and panic washed over me from head to toe.

Not 5 seconds earlier, I was feeling hopeful.

It had felt like a huge, 30-year-old weight was about to slide off my shoulders, then suddenly…

It took me by surprise.

What the hell is this?

This doesn’t make any sense.

Why would I be afraid of having something I want?

I can reach out and touch it.

Why am I afraid?

Has this ever happened to you?

Have you ever noticed a fear of something you want?

Have you ever noticed how your head fills with excuses not to do it at the last second before you do something new?

You want to do the new thing.

A pile of believable excuses.

So you walk away, only to come back later…and walk away again and again.

My coaching clients deal with this all the time.

They know they need help.

They believe in themselves.

They believe in coaching.

And they believe in me.

But they don’t act.

Or they raise their hand, take a step forward, and turn away at the last minute.

Fear of the unknown.

The fear of not knowing what it means to be the person who is a healthy dieter or a non-drinker.

The fear of removing an issue you’ve lived with for a long time.

Fear of losing the thing that you use for protection.

Fear of losing the thing that brings you comfort when you need it.

That’s exactly what happened to me.

It took a little time and another coaching session to figure it out.

But that’s what I was feeling.

I spent most of my life shielded from my feelings by drinking and smoking.

The sudden realization I was going to put my protection down left me feeling completely vulnerable.

How would I be able to deal with life if I couldn’t hide behind my shield? 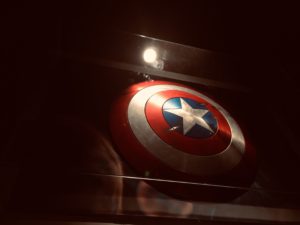 How would I protect myself the next time my feelings became more intense than I wanted?

Just being aware of where the fear was coming from made it easier to overcome.

I didn’t have to figure everything out before I quit.

I could figure it out along the way.

Knowing WHY I was scared made it easier to ACT despite my fear.

It allowed me to make a deliberate, conscious decision to act anyway.

I wanted to be free of my destructive habits.

I was willing to feel the fear and act anyway.

As it turns out, what I was terrified of still hasn’t materialized.

It just isn’t an issue at all.

That’s usually how this works.

Our fears are exaggerated way beyond reality.

Our primitive brains are programmed to keep us safe from the unknown.

And they’re excellent at doing their job.

But you don’t have to be captive to your primitive brain’s reactions.

You can use logical, deliberate thinking and choose to act anyway.

If you want to be or have a new thing, go for it.

Be the person you’ve always wanted to be.

You can always go back if it isn’t what you expected.

But trust me when I tell you it’s way better than you ever dreamed possible.